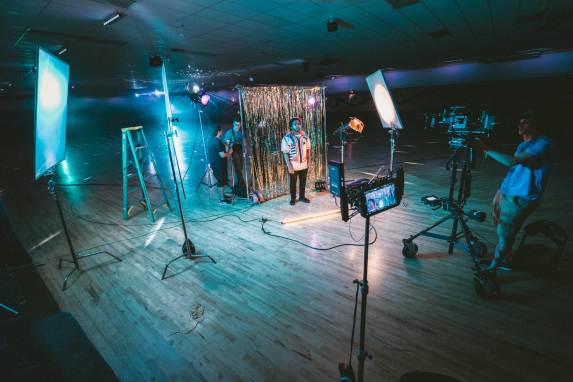 Hello guys! So this is a brand new regular post that you will see on Delighting Grace. It’s another extension of the “The Digital Round-Up” now we will cover videos that I have watched and I want to share it with you guys. I feel a bit of a VJ of a music channel in this. Hope you the curated videos and be bless by these.

From someone in the TCB Family FB group, I dont know the preacher but he is spot on.

Enjoyed Shai Linne music and now in this video he gives an exhortation about the role of creativity in the church.

Can’t wait for Tim Challies to come here in November for a conference!

Bro. Joseph Mangahas wraps up his message series titled “The Church and Her Workers”

Jeff Durbin take on some embarrassing End of the World charlatans.

Christianity Applied is newbie group in Christian Worldview and Apologetics. But the group promise to deliver practical perspective of Christianity that will engage us to apply what we believe. We got hold of one of its author, Benton Moss, to talk more about CA and what it can offer.

Delighting Grace: What is Christianity Applied?

Benton Moss: Christianity Applied is an online ministry that seeks to take the Gospel in its most basic form along with strong theology, and then apply it to the real world around us.  We seek to give perspective on everything that goes on about us each day.

Delighting Grace: Your ministry’s name is very striking. Do you feel that your ministry has this big task to live by its name in bringing practicality in Christianity?

Benton Moss: We not only seek to bring practical application of the Christian Faith, but also to show how it is the best philosophy by which to live for all! To live in the light of His grace is such a wonderful thing!

Delighting Grace: Does it mean when you say “applied” equals to being “practical” or “useful” in terms of your goals of the ministry?

Benton Moss: When we say applied, like I said earlier, we mean taking basic theology and the Gospel in its purest form and showing what it looks like when you apply them to your daily life.

Delighting Grace: How would you differentiate it from just pragmatism?

Benton Moss: This is an application of the Christian philosophy, even when it’s hard or extremely difficult.  Chesterton wrote that Christianity hasn’t been tried and found wanting, rather it’s been found difficult and left untried.  Pragmatism is simply doing what’s easiest or least resistant in this moment.  Applied Christianity is following Christ against all currents of worldliness at all cost, exactly as Christ did.

Delighting Grace: Some may say “Hey I can apply Atheism or Islam in my life and be useful, so what difference does it make if it’s from Christianity?”

Benton Moss:  Well, that’s just it!  I actually wrote a philosophical article on the presuppositions of atheism and showed how atheists don’t live by their own code (“Logical conclusions of an Atheistic worldview”).  So, when you get an atheistic worldview lived to its conclusions, you get a stalin essentially.  As for Islam, I have read a lot of the Qur’an and there are several references to the Injeel (the Gospel in Arabic) and that Muslims follow what has already been written in the Gospels.   Yet, why do they disregard these verses?  So, you see, we begin with the presupposition that the Christian God is the only one and true God, and show how others’ philosophical presuppositions or underpinnings are simply logically inconsistent with either internal logic or inconsistent with how they live their lives!  Thus, we seek to show how practical, applied Christianity lived out daily makes a difference on an individual as well as a collective scale.

C.S. Lewis once wrote that you can tell a person’s philosophy Is wrong when you see that they can’t logically live by it.

Delighting Grace: Just checked your video on “What is Apologetics?” and people might wonder how in the world can we apply apologetics in life other than getting in a religious debate?

Benton Moss:  Apologetics simply means “a defense”.  Apologetics is a way to verify in many different ways of knowing (historical analysis, scientific evidence, and the list goes on) that there is a God and that He created the heavens and earth to declare his glory.  So, we can use apologetics in two different ways: first to strengthen our convictions, and second to defend our knowledge against false claims of others.  Apologetics is based on the verse 1 Peter 3:15 where we communicate the truth of the Gospel in a loving manner.  Sometimes Christians forget the loving way to do this!  We must humbly defend our positions to show that in Christ all knowledge is held and the Truth is to be found.

Delighting Grace: What do you think is the first step in applying Christianity?

Benton Moss:  The First step is simply this:  asking yourself how God’s grace will affect your actions today… we love because He loved us first.  Thus, when we concentrate on God’s mercy and love, what else can we do but let that love spill forth from our hearts to other people around us in numerous ways!  So, the first step is fully grasping the infinite bounds of God’s grace, and the rest will flow forth. It is written that a man’s words (and indeed his actions also) flow from his heart. Once we fully understand the depths of God’s love, it will manifest itself in our lives each and every day in our actions to others and in everything we do!

Delighting Grace: What are we to expect from Christianity Applied that is uniquely yours?

Benton Moss:  We are a bunch of young theologians who are on fire for God in the midst of the ‘American college life’.  We hope that through our writings, we can show how God’s grace is manifested in our lives in a way that others can take note of and hopefully be inspired by!  We want others to follow our footsteps… because we are seeking to follow in Christ’s, thus they are following His.  So, like I said earlier, we wish to produce a perspective that communicates what God’s grace in someone’s life looks like.